Living Wage Week 2020 is taking place between the 9th and the 15th of November, to celebrate Living Wage employers and employees across the country, and crucially to announce the new Real Living Wage rate for next year.

Ordinarily, the week would involve numerous events nationwide, bringing all Living Wage organisations and people together to celebrate the campaign and help to encourage more businesses to adopt the Real Living Wage. However, with physical events on pause for this year, the week’s events are now being held virtually and here at Future Radio we have a packed programme of Living Wage shows, competitions, features and other content for our listeners. Follow the link below for the full programme:

What is the Real Living Wage?

However, unlike the national minimum, the Real Living Wage is voluntary. Yet currently nearly 6,000 businesses across the country have committed to pay all their staff at least the rate set by the Living Wage Foundation.

As costs of living increase year on year, so too does The Real Living Wage, with the new rate announced during Living Wage Week each year.

Why Adopt the Living Wage?

Simply, paying the Real Living Wage is good for business, people and society. Naturally, committing to increasing the costs of staff salaries may seem like a burden for businesses, however surveys of Living Wage Employers show that:

Looking beyond the immediate benefits of accrediting: 93% of University students want to work for Living Wage Employers, 87% of people think businesses should voluntarily pay the Real Living Wage and 90% of consumers agreed that pay should reflect living costs.

First and foremost, the Real Living Wage is all about improving the lives of those of us on lower rates of pay. It means that so many people across the UK can afford not just to survive, but are able to live safe in the knowledge that they can provide for themselves and their families. To understand what that means for a Living Wage employee, watch Lynne’s Story below.

What is Going On This Week?

Living Wage employers and employees across Norwich and nationwide are making it clear why they support the Living Wage Campaign. Whether participating in virtual events, sending out testimonials, posting video clips or anything else to raise awareness of the campaign and encourage others to get involved. Even Norwich’s Town Crier has made an announcement: 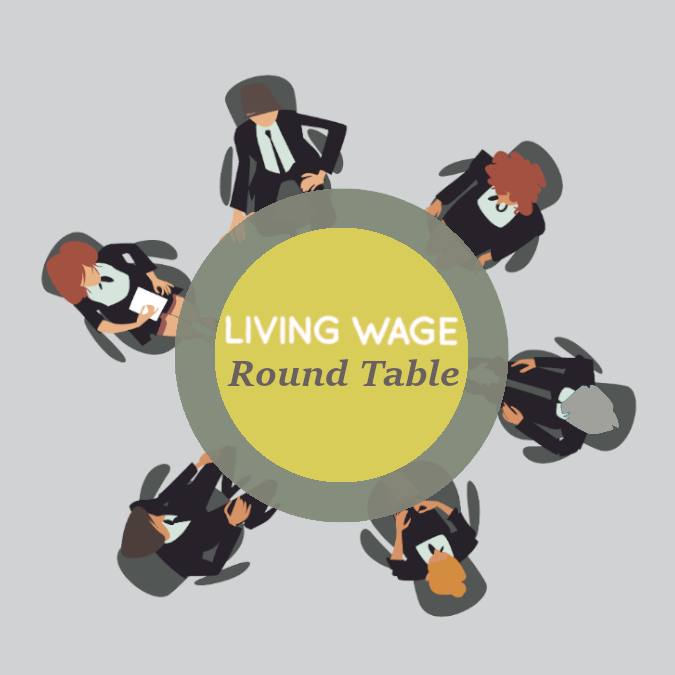 The Round Table is hosted by Mike Stonard and participants include:

Founder and Director of R13 Recruitment

Just some of the local Living Wage Employers 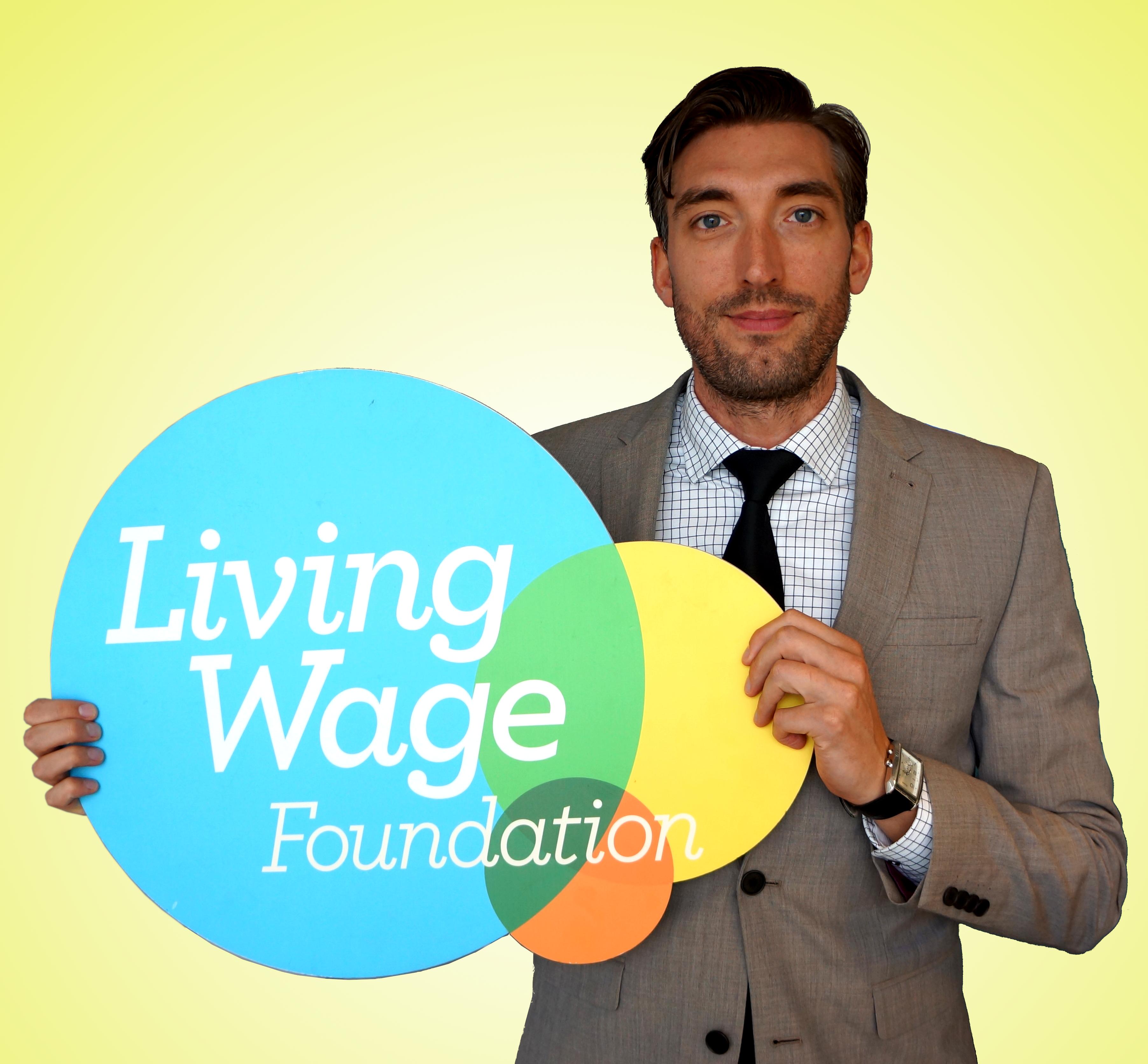 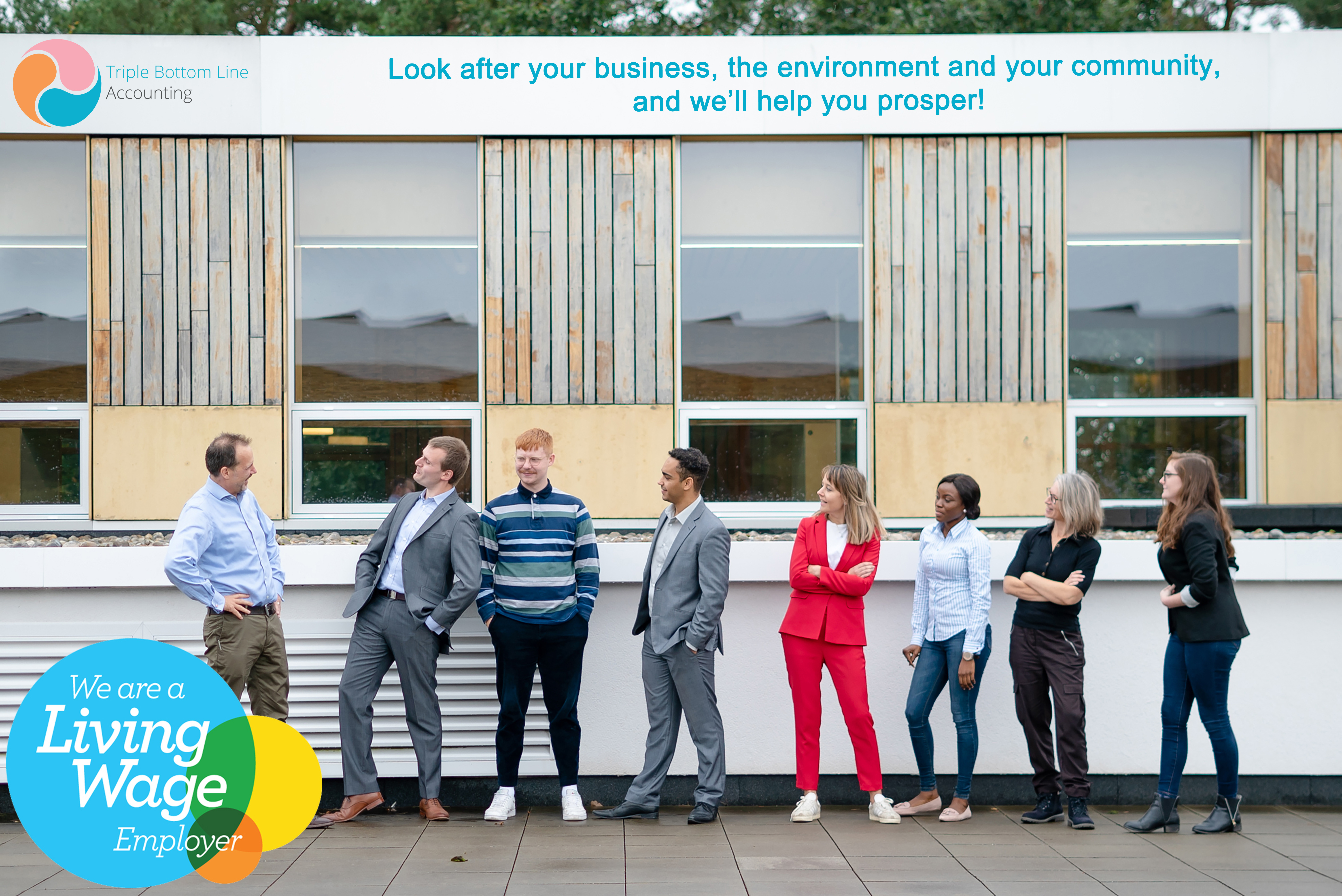 We believe that having respect and caring for each other is key to our wellbeing. However, we don’t work solely for the money that we earn; work has to have a soul and meaning to us. We are motivated by the principles set by the Economy for the Common Good. These include human dignity in the workplace and working environment; self-determined working arrangements; environmentally friendly behaviour of staff and co-determination and transparency within the organisation. Working time is time spent living. Working time should be rewarding from an economic perspective but also allow for a fulfilling life outside of work.

"The real living wage creates a community of organisations you can be proud to be part of. It's not just about the people you employ directly, it's also good to know that the companies we partner with hold similar values when it comes to doing the right thing for their people" – Naked Wines

“It’s good to know I’m being paid a fair wage, but for me it’s just as much about working for a company that wants to do the right thing - it’s something to look out for in a job ad” – Naked Wines Team Member

Being a Living Wage Employer is especially important in an industry like ours, as it’s typically known for being a low-paid one, with zero-hour contracts and short shifts the norm. Paying the real Living Wage makes it more worthwhile for those working shorter shifts, with employees feeling more valued and part of the team, paying off in the loyalty your staff returns to your organisation. Two members of our team, Danny and Larrisa, share the differences earning the real Living Wage has made to them, and why they enjoy working for Phoenix Events:

“Earning a real Living Wage has made a difference to me as a teenager, I am now able save up for the important steps in the future, such as driving lessons, I also have money to look after myself and to buy both my family and friends and myself things when they need them. Which makes me happy not relying on them.” - Larrisa Hunns

“It's a real pleasure to be outside during the summer and providing everyone a safe and secure environment so we can all enjoy the events on behalf of Phoenix Events (East) Ltd. Looking forward to working with team again after this pandemic is over!” - Danny Burns

Thanks for your message!